What is a nose job? Things you need to know

Beauty is now an important aspect of how a person values his life. That may sound a bit deep, but it is as simple as this: people nowadays regard beauty as a necessity and not as a gift. Before, those who are considered beautiful are those blessed with naturally developed full breasts, pouty lips, straight teeth, perky nose, etc. On the other hand, those who are not ‘gifted’ with these physical attributes would resort to undergoing plastic surgery, and they are instantly frowned upon. Now, everything is topsy-turvy; it doesn’t matter how you become beautiful, what matters is you BECOME beautiful. They won’t care if it is natural or it is because you got it after plastic surgeries or other drastic measures. What’s confusing is that some already beautiful women would still resort to plastic surgery to better improve their assets! They would undergo lip fillers, Botox injections, nose jobs, and whatnot. Let us focus our attention on the most popular facial cosmetic surgery there is in the world, rhinoplasty. What is a nose job and how is it that so many women (and men!) undergo this plastic surgery option?

What is a nose job? : The definition 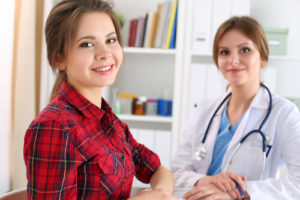 Rhinoplasty, more commonly termed as a nose job surgery, is a complex plastic surgery procedure that corrects and improves the nose appearance and function. Now, you may think you read it wrong, but yes, rhinoplasty corrects a nose’s function when it comes to the structural problems a patient experiences. If you are diagnosed to have a deviated septum or obstructive sleep apnoea, your doctor may recommend undergoing rhinoplasty so the nasal structures that affect your breathing can be corrected. This makes rhinoplasty a unique cosmetic surgery procedure because it is not just for superficial aesthetic purposes only, it can also address medical conditions.

What is a nose job? : The types

There are mainly two types of rhinoplasty – the closed and open rhinoplasty techniques. The difference between the two lies in the way the incisions are made. The closed technique uses all incisions found inside the nose, while the open technique adds one external incision on the columella, or the fleshy part at the lower base of the nose in between your nostrils. The latter type is where you can expect to have scar formation being visible after the surgery, and it makes your nasal improvement look noticeable. However, you can rest assured that your doctor will recommend using this despite the possibility of having an obvious scar because it may be necessary to visualise the internal nasal structures better. 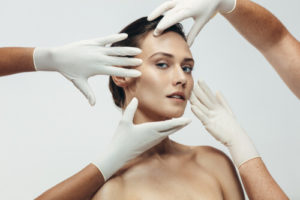 If you really want to have nose restructuring and improvement but are too scared of undergoing surgery, doctors are now offering a nonsurgical option called injection or liquid rhinoplasty. This entails an injection of dermal fillers, preferably hyaluronic acid, into the nose bridge to temporarily enhance and straighten the nose. It may not give you permanent effects that you can expect from a surgical nose job, but it can at least show you what rhinoplasty can do for your facial profile. Also called lunch break rhinoplasty, this type does not need long recovery periods because no surgery will take place. Some interested patients just get an appointment from their doctor during their break time from work and come back to work the same day after undergoing the procedure for 30 minutes to an hour, sporting a newly-shaped nose. Side effects may be present up to a minimal like swelling, bruising, and tenderness, but it is nothing compared to what you can feel and experience after the surgery procedure.

What is a nose job? : The cost 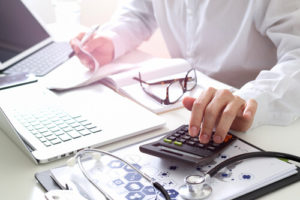 Now that you know the different nose job types that you can undergo based on the intelligent and expert recommendation of your rhinoplasty surgeon, it all boils down to the cost. Because let us be honest, the cost is also a very important aspect of our decision-making, right? So, although it is very difficult to get an exact cost of rhinoplasty procedure since everybody has their own nasal issues and doctors can charge differently for different reasons, we can give you a rough estimate of how much a rhinoplasty can cost in Australia.

For surgical rhinoplasty, it is reported that in America, an estimated amount of $5350 is expected for rhinoplasty surgery. In Australia, however, you would have to shell out at least $7000 to a whopping $15000 just to get the best rhinoplasty procedure. The cost would differ based on the location, the expertise of your surgeon, and the type of nasal improvement or enhancement that you may need. Of course, you can expect that revision rhinoplasty is much more expensive, especially is the reason for it is an initial surgery gone wrong.

However, if you have a tight budget, and are afraid of going under the knife just to improve your overall facial look, then injection rhinoplasty is the one for you. Expect that this procedure can cost about $700 to $1000 per session, and we mentioned per session because we already said that this is a temporary solution. So for you to maintain the enhanced appearance of your nose, you could either repeat the injection after several months or opt to undergo a permanent solution through surgery.